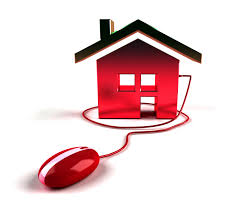 Richard gave an update and informed the group that landlords could now complete their Rent Smart Wales training online; the cost for this is £30. Glyndwr University are going to be running a Real Estate Degree course, this will be 3 years full time or 5 years part time if anyone is interested !

There is a boiler finance plan being offered by A W Renewables which was explained to the group. Some flyers were handed out with further information regarding this on them. In short, they can supply a Worcester Bosch CDi combi boiler (their best boiler), flue, Worcester programmer & radio frequency room thermostat, Worcester magnetic system filter; they can install it; they can cover it for breakdown (all parts and labour) for 10 years (same day next day repair) You get all of this for a similar price to what British Gas charge just for the cover (after you have paid ££££s for the installation and boiler) So in effect as a landlord you get no bills for 10 years and happy tenants as they have a reliable boiler which is very efficient and so costs them less to run !

Dyfed Roberts from D. R. Plumbing confirmed that he does a similar scheme but is only able to offer 10 months finance. In addition he is able to offer boiler service contracts within a 30 mile radius of Wrexham. The service plans which are available, can be found on his website at:- www.drplumbingandheating.co.uk

If anyone is interested and would like peace of mind in relation to the boilers in their rental properties, then please give Dyfed a call.

Unfortunately this month no-one was available from Watts Commercial Finance, due to personal commitments. Their apologies were passed on to the group.

If anyone has any questions, or should you wish to contact Darren or Mark their contact details are as follows:-

We then turned to our main speaker for the morning, Craig Swire from ‘Help Me Rent’ who is Wrexham’s newest online Letting Agent.

Craig informed the group that post Brexit he felt it was too early to make any calls on what’s happening in relation to the housing market in Wrexham. He said that he had recently been speaking with some agents from down south and they had said that there had been no effects in relation to sales completed since Brexit and that there was plenty of letting stock available. Three agents have come back saying some purchasers had finance in place before Brexit but unfortunately post Brexit this finance had been withdrawn. In relation to finance funding locally, it appears to be business as usual, so landlords should not encounter any problems all being well.

Craig said that in relation to current market conditions, there are certain postcodes in the Wrexham area where house sales have fallen off a cliff. He commented that this might be due to that fact that the market in these areas could be settling itself out. Sales in the first quarter in Wrexham were the highest they’ve been since 2007; as in the average house price. In the postcode areas previously referred to, if a vendor is going through a forced sale then they may find themselves in trouble, however if a vendor isn’t being forced to sell then they would be better advised to hold onto their property for the time being.  Craig highlighted a property in Cefn which has been on the market for time but which hasn’t sold and stated that in his professional opinion the value (sale price) should be £20,000 less than it is currently being marketed at. In addition another property in Gresford had been on the market for £600,000 whereas he estimated its value at £500,000. Working with Craig and using his strategy the vendor was able to achieve an offer of £540,000.

Craig asked Charles from ‘Forge Property Consultants’ what his experience was of house prices and whether what he was saying was correct. Charles agreed that clients can often be unrealistic with their expectations on price and unwilling to accept advice at the outset. He commented that some estate agents are unaware of the subtleties in the market as Craig had alluded to.

Craig said that he compiled a social media blog and a newsletter following on from the referendum where he alluded to property prices falling in a couple of months time. He stated that with retrospect he felt that he had been too hasty stating this. He has been hearing about contraction in relation to building new properties and things being put on hold. He felt that we probably won’t get a good idea until September/October about the effect post Brexit.

Ian Stockdale added that there are currently delays in housing and industrial; industrial in particular which seems to be due to delays in planning. At the moment the planners seem hell bent on stopping planning and not promoting it. He said that he felt people have unrealistic views on price when it comes to plots of land as well as properties.

Craig stated that detached properties in Wrexham have seen the biggest increase in price. SG Estates, Gower and Bellway are some of the smaller developers in the area. Q2 (Quarter 2) showed the lowest Buy To Let landlord purchases since 2010; post the Stamp Duty Land Tax changes in April. In Wales the total purchases by landlords fell from 19% in Q1 (Quarter 1) to just 3% in Q2. He commented that other professionals are seeing it on the shop floor too, with some industry commentators mentioning an interest rate rise. Lloyds have only this morning announced they will be laying off 3,000 staff and have attributed this to interest rates remaining so low. Craig said he expects employment to stay strong but we might see a slight dip in demand for rental properties, for example with the recent loss of jobs at GHA Coaches. A number of their employees were from European countries and as a result may decide to return home following the loss of their employment.

Ian Stockdale commented that there is lots of development going on in Wrexham Industrial Estate.

Craig concluded by saying that demand for rental properties in Wrexham is awesome at the moment. He has recently marketed a property in Vernon Street and within 24 hours he had received 60 leads, carried out 12 viewings and had 7 asking price offers. The landlord saw an uplift in rent of £75 PCM (the property had been previously let 18 months ago) and a decrease in agency fees by instructing him and as a result was one very happy landlord !

Sarah Pugh from Renovate Me introduced herself to the group (www.renovateme.co.uk) She stated that she is currently looking to do a buy and flip and is looking for suitable properties on the market at up to £200,000. She lives in the Shrewsbury area and doesn’t know the Wrexham area very well so is looking for some assistance in this regard. In addition she would be happy to do a joint venture in relation to any such project should anyone be interested. She is also looking for specialised people, for example she has recently been in contact with someone who does lime plastering. Should anyone know of any specialised trades people, or know of any suitable renovation properties then please contact Sarah.

September 2016 Meet Up
Scroll to top
We use cookies on our website to give you the most relevant experience by remembering your preferences and repeat visits. By clicking “Accept All”, you consent to the use of ALL the cookies. However, you may visit "Cookie Settings" to provide a controlled consent.
Cookie SettingsAccept All
Manage consent