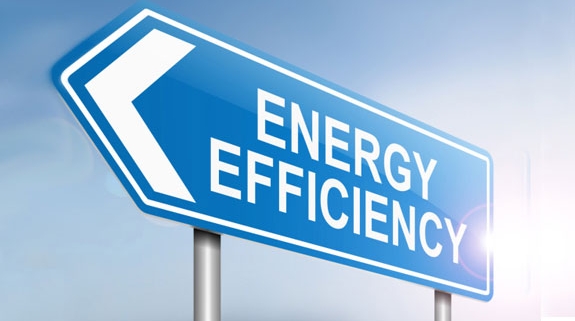 Once again, it was great to see so many people turn up for our February meet up !

Steve Woosey from North Wales Energy Advice Centre joined us this month to talk about EPC’s and energy saving measures.

Update wise, this month Rich mentioned the forthcoming changes in relation to gas safety certificates which are expected to come into force next year. The amendments don’t substantially change landlords’ responsibilities regarding gas safety but are designed to make it easier for them to comply with their current duties.

The proposed changes will introduce flexibility in the timing of the landlords’ annual gas safety checks. Landlords are currently required to carry out gas safety checks at intervals of no more than 12 months since the last check. In order to ensure that the check is carried out before the previous record expires many landlords carry out their renewal checks early, for example at 10-11 months from the last check rather than just before the 12 month expiry limit. The new record is then issued from this date resulting in the expiry date of the new record being brought forward and shortening the safety cycle each year. As a result over a period of 9 years a landlord may end up carrying out 10 checks instead of 9.

The amendments seek to address this problem by giving landlords a window between 10-12 months after the last check in which to carry out the renewal check. More importantly, any check carried out within this window will be deemed to have been completed on the last day before the previous check expires. This means that landlords will be able to obtain a new gas safety record up to 2 months before the current record expires and keep the same expiry date. If however a check is carried out earlier than the 10 months from the previous check then this will re-set the clock and the expiry date will be 12 months from the date of the last check.

Rich went on to mention the ‘Panorama’ programme which had aired on TV on Wednesday evening about Section 21 evictions.

Finally Susie updated everyone regarding their fundraising efforts during 2017. A number of trail runs and mud obstacle runs had been completed by both Rich and Susie and some of their friends. As a result they had managed to raise £985.50 for Blind Veterans UK. Everyone was thanked for their sponsorship.

Steve Woosey was welcomed and introduced. Steve began by highlighting the new EPC rules which come into effect in April this year. As a result of these, any properties which are F or G rated won’t be able to be rented out. His job is to help tenants and householders in general to try and get rid of problems.

EPC’s measure the cost of heating a property, the higher the cost the lower the EPC rating. He stated than no-one ought to be living in an F or G rated property, everyone should be able to reasonable afford to heat their property. The new EPC rules which are coming into force only apply to the private rented sector, he stated that in his opinion they should also apply to house that are being sold. In order to get a property above an F or G rating you just need to have a decent heating system in the property; even storage heaters will get you above an F or G rating, insulation alone however, won’t. Grants these days are few and far between and you can’t get such for upgrading or installing a heating system.

Steve spoke about ‘Nest’ which is a Welsh Government scheme to make homes warmer and more energy efficient. Someone can qualify for this scheme if they have an income below £16,000 per annum and are on benefits. The scheme also includes council tax reductions. He stated that nearly 50% of people who he carries out an assessment on are entitled to a council tax reduction. There is no equivalent to ‘Nest’ in England.

Steve then went on to talk about ECO; Energy Company Obligation which is a Government energy efficiency scheme. About half of the energy companies have to help for example the warmer homes discount and energy saving measures. As a rule of thumb they like to do cavity wall insulation and loft insulation because these are the cheapest every saving measures with the average costs being £300 per property. Most homes now have these energy saving measures installed. If you’ve already got 4” of insulation in your loft then there’s no point in adding extra as this will not result in any extra energy being saved. Both cavity wall and loft insulation pay for themselves in a very short space of time. Grants for cavity wall and loft insulation don’t depend on whether or not someone’s on benefits. Steve recommended A&M Energy Solution in Penley for any type of insulation work and also recommended taking photos if you have cavity wall insulation installed because otherwise it potentially wouldn’t be included on your EPC.

In relation to the ‘Free boiler’ scheme, companies did have a budget of £3,000 per property but this ran out quite quickly ! Lots of work which was done under the free boiler scheme resulted in boilers which were badly installed. You can get free oil boilers installed at the moment but no gas boilers.

Ofgem are currently experimenting with a scheme called ‘Local Authority Flex,’ in Flintshire. This scheme allows the local authority to set their own criteria when it comes identifying eligible households who should receive energy efficiency measures. Flintshire have currently set their criteria as households who are in fuel poverty and who are vulnerable i.e. they spend at least 10% of their income on heating costs.

Steve mentioned solid wall insulation and in particular the Llay area of Wrexham which has had a lot of this work carried out under the Arbed scheme. This was as a result of it being classed as a low income area. This is where the outside of the property is insulated; on average this costs £12,000-£15,000 and provides a saving of £250 per annum. So a high cost which would take a long time to recover ! During the ‘Green Deal’ which ran for 3 years, only one property had external insulation work carried out on it. He went on to say that he wouldn’t advise carrying out external insulation but instead would do internal wall insulation using PIR insulated plasterboard; this is because polyurethane is much better than polystyrene. The recommended minimum for insulated plasterboard is 50mm. The cost to do a mid terrace is approximately £1,000 with the saving being £250 per annum. There are no grants available for internal insulation.

Steve advised that he does go into properties and advises landlords; most situations involve damp or mould or both. In most cases this is not a new problem; the main cause of these problems is furniture and things being placed against walks inside the property and people have a greater expectancy of being mould free. In his view every house has sufficient ventilation, but in order to ensure you have adequate ventilation you should leave your internal doors open. Making a hole in the wall which is affected by damp or mould will not help the problem it will only make matters worse. Steve recommended adequate insulation and a decent heating system which you can control. The best place for a radiator is underneath a window. It heats the room better and creates a better temperature.

A question was asked regarding ventilation in HMO’s. Steve mentioned ‘Envirovent’ which is a forced ventilation system which is usually installed on the landing are inside a property. Gentle air comes out of the system and this air has to go somewhere hence creating ventilation.

Investing in Commercial Property – Pete Matthews (March 2018)
Scroll to top
We use cookies on our website to give you the most relevant experience by remembering your preferences and repeat visits. By clicking “Accept All”, you consent to the use of ALL the cookies. However, you may visit "Cookie Settings" to provide a controlled consent.
Cookie SettingsAccept All
Manage consent