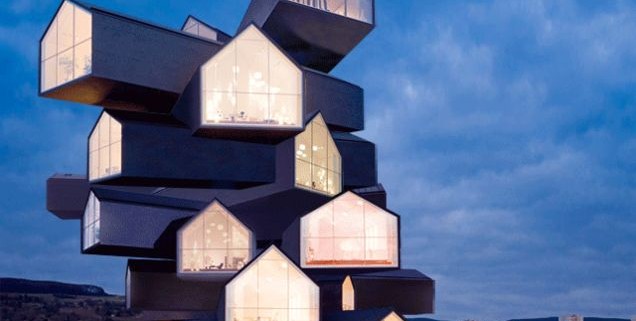 April is renowned for its showers, so we thought we’d brighten things up a little by asking Ian Stockdale to speak at our Property Meet about his life as an architect !

We also heard about updates on recent developments affecting landlords from Richard and an update on the current financial market from Darren Bryne of Watts Commercial Finance.

Richard informed everyone that with effect from the 1st April tenants will be able to request consent from their landlords to carry out energy efficient improvements to privately rented properties. The landlord will not be able to unreasonably refuse to give their consent. It will however, be the responsibility of the tenant to ensure that the works are funded and the intention is that no upfront costs should fall on the landlord. For some landlords the introduction of this might actually do some landlords a favour in light of the separate regulations which are due to come into effect on 1st April 2018, which stipulate that properties must be at least an ‘E’ rating on an Energy Performance Certificate (EPC) !

Richard highlighted a recent e-mail which he had received from Wayne Beesley, the Environmental Health Officer for Wrexham Council relating to a public consultation in connection with HMO’s and licensing. Landlords are being invited to complete the online questionnaire relating to the proposed scheme before the 27th May. This can be found at:- www.wrexham.gov.uk/hmo

Richard commented that in relation to the Rent Smart Wales requirement for landlord to be licensed, for any landlords who had previously completed the Landlord Accreditation Wales (LAW) course, there was now an online module available on the Rent Smart Wales website. By completing this module there is no requirement for these landlords to then attend the classroom training.

Finally Richard concluded by asking everyone if they could take 2 minutes and ‘Like’ the Wrexham Property Meet Facebook page and leave a review.

Peter took the opportunity of speaking about a HMO which he has recently had cause to visit, where a friend of his daughter was staying. He said that this particular property was not only recommended by Glyndwr University but also had a licence notwithstanding the conditions inside the property. He mentioned the lack of insulation in the basement where the electric and gas meters were located, plug sockets hanging off the wall and the room his daughters friend was staying in being only 5 square meters, when the regulations state it should be a minimum of 6. Everyone was of the view that if they had witnessed such conditions they would get the tenant to report it to her landlord and if he failed to take any action to remedy it, then she should report it to the council who had the powers to enforce the landlord to take action. If the landlord failed to comply with any enforcement notice from the council then ultimately they could take him to court.

Darren Byrne introduced himself and explained that he was attending in place of Mark Heywood this month who was otherwise engaged and sent his apologies. Darren explained who Watts are and what they are able to offer. He stated that Watts Commercial Finance have been around since 2006 and brokered £185 million pounds worth of business in 2015. They don’t charge an upfront fee which sets them apart from other brokers and are totally independent, furthermore they don’t tend to talk about rates because everyone’s circumstances are different. Darren ran through the funding that Watts are able to offer and explained that they can get funding agreed before someone goes to an auction, which gives them good buying power. The majority of things they deal with are in the residential and commercial investment market, he stated that commercial lenders tend to not have upper limits. For example some lenders have a limit on the maximum number of properties you can have mortgaged with them such as 5, whilst others stipulate a maximum amount of lending for example £1 million. People might be thinking, why use Watts ? He would recommend Watts not only for their experience and knowledge but for their speed. If they can do a deal they will tell you and if they can’t they will tell you. Their consistency and credibility are known in the market place and they are the strategic partner for Shawbrook. Testimonials can be seen on their website.

Darren ran through a couple of deals they were looking at for clients at the moment, in particular they’d had £850,000 agreed for one client who’d had issues with Barclays in a purchase involving residential, semi commercial and commercial properties. At the other end of the spectrum, they had managed to secure £30,000 in lending for a leasehold purchase for a client who was purchasing a convenience store. All in all they deal with a variety of applications.

Darren concluded by saying that Watts would love to help if they are able to. If you have any questions or should you wish to contact Darren or Mark their contact details are as follows:-

We then turned to our main speaker for the morning, Ian Stockdale who is a local architect.

Ian introduced himself and informed everyone that he has been an architect since 1972. He stated he firmly believes that if you are employing an architect to do a professional job then they should do such, it’s not just about the fees; if he foresees a problem then he will advise his client of this.

Ian explained that his father was an estate agent at a time when there weren’t very many around; he was a very honest estate agent who worked for Ian’s godfather. His father started out on his own at the age of 53 and built up a successful business from doing the rent rounds. Ian said that from his father doing this job he learnt that a lot of estate agents do plans of buildings and he also learnt that people do silly things with their properties. He told the story of someone who wanted a revaluation on their property where they had replaced all of the internal doors, which had in turn increased the value of the property. However the fees for the revaluation ended up costing more than the doors !

He stated that he did a sandwich course with Wimpey at the University of Sussex in Brighton. He was on a salary not a student grant; his salary at the time in 1971 was £2,400 per annum, whereas at that time the student grant was £460. He worked for John Spence & Partners when he left university, they taught him that as a business he should look at the smaller projects as well as the bigger ones.

In the early days he bought a derelict farmhouse and tried to get his local builder to do the work for him; the builder charged hourly and Ian ran out of money ! He stated that as a result of this he always wants his clients to know exactly what they will be paying.

He has been involved in Theatre Hafren and Montgomery College, phases 1, 2 and 3. He has worked in Riyadh in Saudi Arabia for 12 months which was an experience and included a project working on the national hospital out there. He detailed how there was an open culvert in the middle of the main street at the time which only got flushed out when it rained !

On his return to the UK he went to work for a one man practice in Shropshire doing housing association work but this didn’t last long. He then came to Wrexham with the idea of developing this company and ended up being head hunted and consequently started with housing association work which no-one else seemed to be doing at the time. He got used to looking at pieces of land and putting deals on them. He said that one of the things he disliked the most about the job was working with bureaucracy.

He concluded by saying that the job that has given him the most satisfaction since he first started life as an architect, was the smallest job which he has carried out to date. This involved adapting a family home for a single father who was living with his daughter, who had primordial dwarfism.

The biggest job he has been involved in to date was in Turkey and this involved doing the plans for a resort which included apartments and hotels, etc.