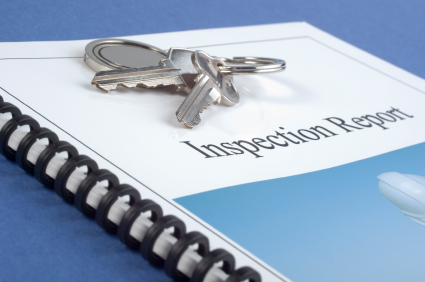 We welcomed  Adrian Roscow to our July meeting. Adrian gave us an excellent talk about how essential it is to have a good inventory in place when renting out your property and one which is backed up by evidence. Read on to find out more about what he had to say !

Adrian introduced himself and began by stating that he had been approached by the franchise owner of Belvoir in Manchester in 2009. The business was having problems because of the introduction of the Tenancy Deposit Scheme (TDS) in 2007. Tenants deposit money was now being held in escrow and in order to make a valid claim evidence and proof of claim had to be provided. The agents paper based inventories supported by photos were failing more than 25% of the time.  All the tenant has to do is say it was like that when they moved in and without proof the claims by the landlords against the tenants deposit were being rejected.

As a result of the conversation he had with them, he spoke to someone who was an adjudicator in the Deposit Protection Service (DPS) regarding what type of deposit disputes came across his desk.

He discovered that 92% of claims were found either exclusively for the tenant or split 50/50 between the tenant and the landlord.  A more recent quote from the deposit bodies:-

All 3 Deposit Protection bodies and the Courts endorse the use of calibre video evidence, stating that, “…an adjudicator’s starting position mirrors that of the courts … This process is evidence based.”

So evidence is the key to success. Nearly all traditional inventories fall short in this respect since most provide evidence that is not robust. Photos are also very hard to establish context – is it an actual photo of the damage in the property in context or is it just a photo of damage that could be anywhere.

So he started thinking about video evidence. Video can be manipulated but it is very time consuming and expensive to do properly so the evidence is more robust.  The police use video all the time and the courts accept video footage in criminal cases where peoples liberty is at stake. So it can be effective in civil disputes.

The process Adrian uses was engineered from the adjudicators desk back to the inventory itself to make it work effectively. After deciding to use video to support the paperwork he decided to combine the two and record video at the same time as giving an audio commentary.  The audio commentary is hand typed into the paper report and is thus supported by the video.

Further discussions were had with the ex DPS adjudicator who went on to offer an independent dispute support service, an ex TV director and producer to refine the video techniques and an active police officer to help establish evidence storing procedures for the video footage. Using Adrian’s own skills in process and database design he was able to develop the service and make it as affordable as other traditional paper based inventories.

The paper report that is now produced is backed up by the video evidence. Adrian highlighted that it is all about corroborative evidence. The inventory also has to be fair, if it is unfair then the adjudicator won’t find in the landlords favour.

The inventory is first served on the tenant and they sign for receipt which also activates the clause giving the tenant 7 days from receipt of the inventory to make any amendments to it. It’s good if the tenant does note any discrepancies as this shows that they’ve read through it.

He explained that descriptions can be very subjective (good, very good, excellent, poor and the like) and therefore he chose to use a numbering system of 1-10 to grade items in the property, with 10 being in very good condition/brand new and 1 being something that should be in a skip !  It’s about getting the tenant to easily understand the grading system, and also to make it easier to handle at checkout time.

He commented that inventory apps are great but are usually very slow, with his method of carrying out an inventory he can film a 2 bed flat in 10-15 minutes. He stated that if you segment the room properly you will get all the elements of that room on the video.

If you are not using an inventory and your property is of value to you, this is an accident waiting to happen.

Each room is filmed in exactly the same way, this them makes it easy for the typists to do the written report from the video. Moreover with video evidence you can actually see things in the property working, for example the taps. Adrian showed an example of part of one his video inventories. There is a systematic approach to every room to capture all elements.

He explained that he used to deliver a copy of the DVD to the tenant at the time of check in, however he then discovered that one of his largest clients wasn’t giving a copy of it to the tenant as the tenant didn’t want a copy. As a consequence they now have a clause in the written inventory whereby the tenant can choose to receive a copy of the DVD within 48 hours of the check in or choose not to have one. Last year out of around 600 jobs only 7 tenants wanted a copy of the DVD.  Once the tenants watch the video footage then it is very hard for them to want to proceed with a claim that “the property was like that when I moved in,” with that level of evidence being presented.

Should anyone have any questions, wish to be trained by Adrian on how to carry out an inventory or employ him to do one for you, then his contact details are as follows:- https://inventoryagency1.wordpress.com